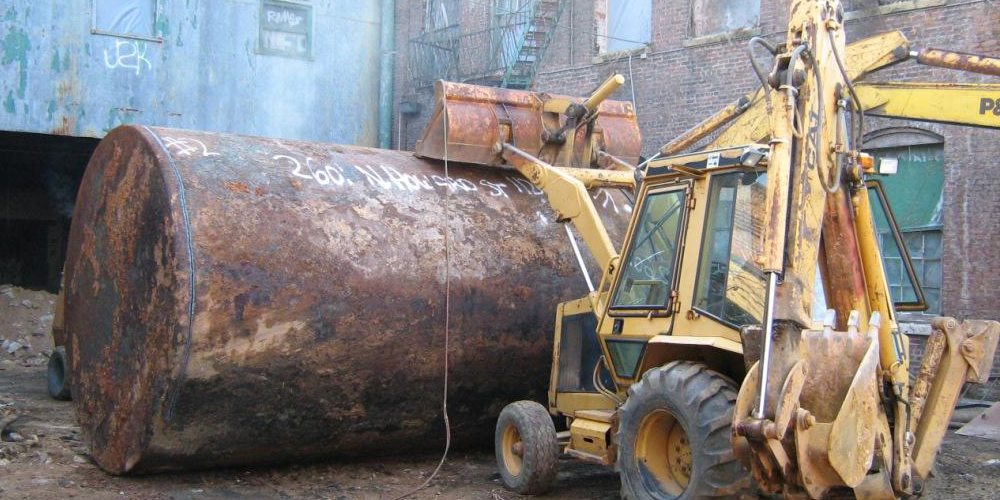 This is a LEED Gold Certified project.

GTA performed Phase I and II Environmental Site Assessments at the subject property as part of BDC’s Brownfield Initiative. Review of historic aerial photographs and fire insurance maps indicated that the site was historically used by the H.F. Miller & Son Tin Box and Can Manufacturing Plant, a clothing manufacturer, and the U.S. Census Bureau. Laboratory analysis of samples collected from the site reported elevated concentrations of petroleum constituents and metals in soil, and petroleum constituents and volatile organic compounds in groundwater. In addition, one 1,000-gallon gasoline UST, one 10,000-gallon AST, and approximately 120 tons of oil/petroleum impacted soil were removed from the subject property. The historical documentation and site evaluations were submitted to Maryland’s Voluntary Cleanup Program (VCP). A Response Action Plan (RAP) pursuant to the VCP was approved by Maryland Department of the Environment to establish a proposed remedy for on-site contamination in conjunction with planned site development. The proposed remedy included construction monitoring during development, installation of a surface cap across the site, installation of a vapor mitigation system, and excavation restrictions enforced by the property manager. The RAP has been implemented, but due to the timing of occupancy by tenants and challenges with the required indoor air testing, the project was temporarily removed from the VCP. GTA is in the process of providing additional indoor air testing, and when applicable, the project may reenter the VCP. Lastly, GTA worked closely with the BDC and the development team and assisted in securing resources from the City’s first Brownfields Cleanup Revolving Loan Fund from the United States Environmental Protection Agency (USEPA). Unfortunately, after BDC secured the loan from USEPA, the development team decided to use other funds for this project.