GTA’s wetland scientists provide a full suite of services to residential and commercial developers, landowners, utility companies, engineers, legal firms, and government agencies throughout the mid-Atlantic region and the Carolina’s. Our experienced scientists are proficient with the technical aspects of identifying and delineating wetlands and waterways and supporting our clients and their design teams throughout the permitting process.  Our wetland services include: GTA performed wetland delineation, wetland permitting, forest conservation, and Chesapeake Bay Critical Area (CBCA) conservation services for this 31.5-acre, proposed vehicle storage, service, and auction site in the White Marsh area of Maryland.  A successful variance request and alternative analysis was prepared for the County to justify impacts to forest buffers, and for the MDE and the Corps to accompany the wetland permit for impacts to wetlands.  A Forest Retention Investigation Report justified necessary clearing of forest, while forest conservation plans and forest protection and establishment plans were prepared to protect forest resources inside and outside of the CBCA. GTA provided non-tidal and tidal wetland delineation and permitting, and construction observation and testing services for the Maryland Department of Information Technology (DoIT) for its One Maryland Broadband Network (OMBN) project, an approximately 1,300-mile fiber optic broadband (high-speed Internet) network that links just over 1,000 government facilities and community “anchor institutions” in all 23 counties and Baltimore City, in Maryland. OMBN provides data connections and Internet access to 1,006 “anchor institutions” across the state. They include: 475 schools; 248 police and emergency centers; 209 other government and community support centers; 52 libraries; 16 community colleges; and 6 universities.

OMBN was a three year project that was funded through grants awarded through the federal Broadband Technology Opportunities Program (BTOP) as part of the American Reinvestment and Recovery Act of 2009 (ARRA). This award was the third-largest BTOP grant nationwide. Due to the projects fast paced construction deadline driven schedule, close coordination was required between the Client, GTA’s Natural Resource Management Team, and Regulatory Chiefs at both the Maryland Department of the Environment (MDE) and the United States Army Corps of Engineers (USACE), in order to maintain construction schedules and grant conditions.

In approximately nine months, GTA reviewed and delineated jurisdictional waters and wetlands along approximately 900 miles of proposed underground placement of fiber optic cable. In areas where impacts to jurisdictional waters, wetlands, wetland buffers, and regulated 100-year floodplain could not be avoided, GTA’s seasoned staff of wetland scientists worked very closely with the MDE and USACE to obtain authorizations for unavoidable impacts. Additionally, GTA further coordinated with the MDE, USACE, and the State Board of Public Works to obtain a Tidal Wetland License for unavoidable crossings of 23 regulated tidal waters, including wetlands.

GTA performed construction observation services during the horizontal directional drilling (HDD) operations beneath eight tidal wetland crossings for the installation of the underground conduit for the fiber optic cable. GTA’s responsibilities for this task included observation of the site conditions before, during, and after construction, including observing the tidal wetlands for disturbance or contamination from the HDD operation, and preparation of a report documenting the process. GTA’s reports were submitted directly to the Wetlands Administrator of the Maryland Board of Public Works. GTA provided wetland delineation, GPS location of wetland boundary, rare, threatened, and endangered species consultation, wetland permitting, and stream mitigation design services for the proposed 349 single-family and 397 townhome subdivision on a former 300-acre golf course. Following the completion of the wetland delineation, GTA submitted a Joint Federal/State Permit Application for proposed impacts to streams, wetlands, wetland buffers, and the 100-year floodplain. The proposed impacts included three road crossings of streams and wetlands, site grading, lot fill, utility line crossings of streams and wetlands, and stormwater management pond outfalls. The road crossings consisted of a 9-ft by 6-ft box culvert, a 72-inch reinforced concrete circular pipe culvert (RCCP), and a 48-inch RCCP culvert. The comments received from the Maryland Department of the Environment and the United States Army Corps of Engineers focused on avoidance and minimization of the proposed impacts resulting from the three road crossings. These agencies were firm in their comments to redesign the crossings using spanning structures such as bottomless arch culverts or bridges. In collaboration with the project engineer, GTA was able to successfully present definitive justifications for the use of the proposed box and RCCP culvert crossings. These justifications included:

The approval of the proposed box and RCCP culverts resulted in an approximate construction cost savings of $600,000 to $850,000 for our client. 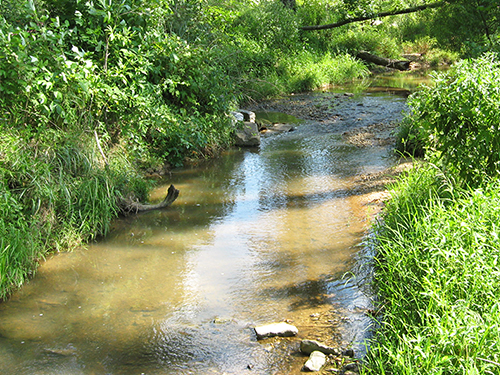 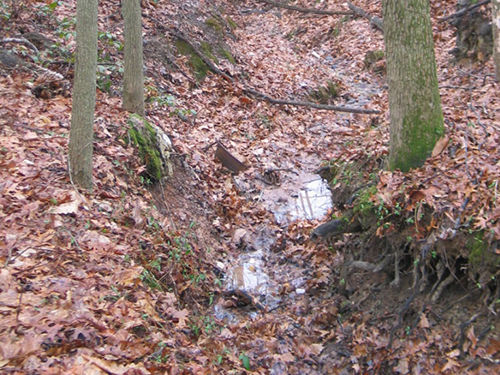 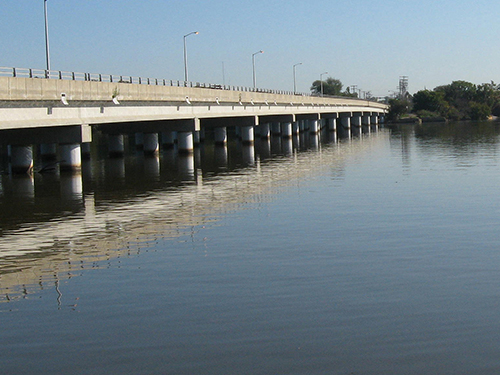 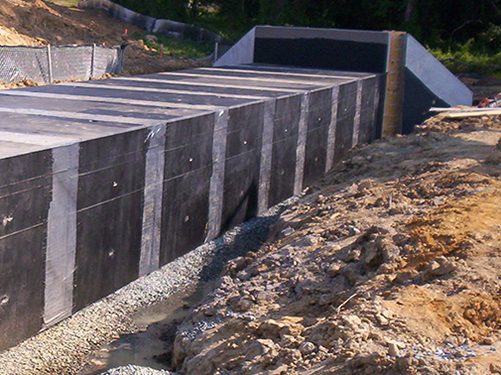