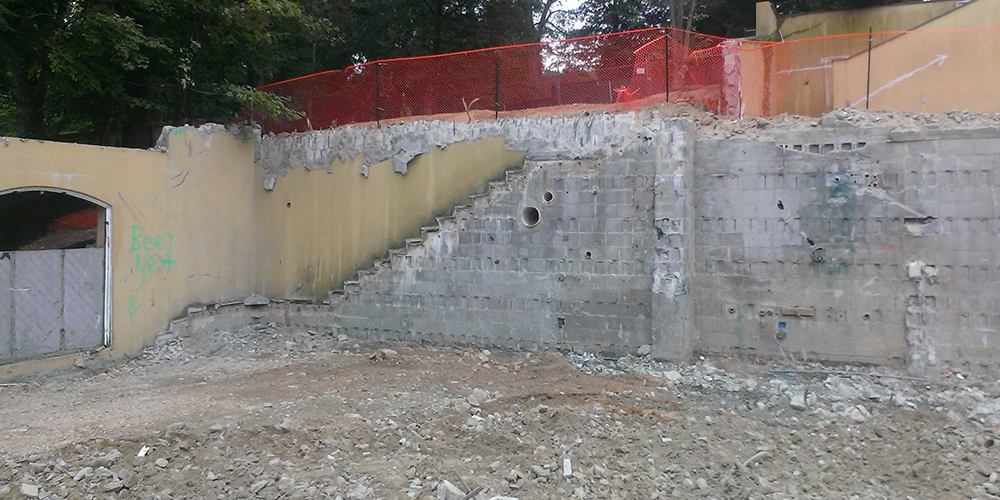 A single-family house was being constructed at the location of a former tennis court and several retaining walls which were used to support earth. The foundations for the retaining walls were planned to be reused to support the residence basement walls.  Another geotechnical consultant had recommended that these footings be supported on helical piles to transfer loads through existing near-surface fills to underlying weathered rock zones. GTA was retained to provide value-engineering recommendations for the project. GTA’s exploration program included the use of excavator-pushed DMT soundings, performed adjacent to the existing concrete footings, which were to be reused. Based on the DMT testing, GTA concluded that the existing fills and native soils were suitable to support the planned structures. Spread footings were recommended, thus eliminating the need for a specialty foundation system, and saving a significant cost for the project.